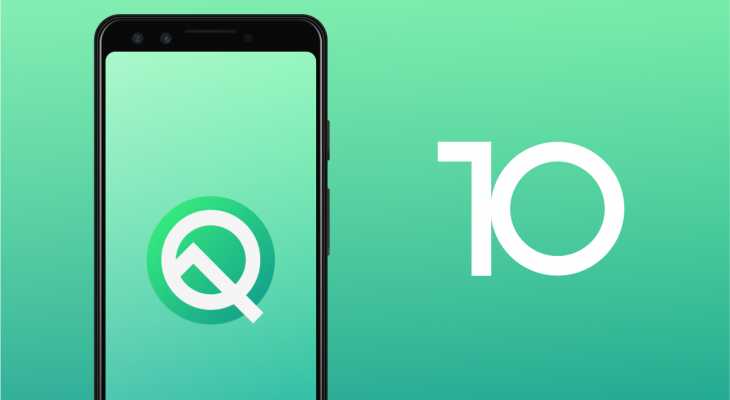 Android 10 is upon us. Once your phone is updated, you should check out our new wallpapers. There’s no better way to start with a new operating system than with our Android 10 wallpapers. You can download all six wallpapers right away. Learn more below!

I’m a huge Android fan, and I’ve been following and using Android for all of my life. Seeing that Google decided to remove dessert naming in Android 10 is a bit sad. However, I believe that this is a nice step forward, especially with the new Android rebrand. I can’t wait for what Google will do with the platform in the next few years.

Yes, with Android 10, Google is finally adding a Dark Mode feature. Dark Mode is one of the most anticipated features, and it’s a welcome change. I’m sure going to have it on probably all the time since I love a dark theme; however, many apps are still not supported. Let’s home that developers will include a dark theme in their apps in future updates.

I don’t know how I feel this; however, for me, it was a reasonably simple transition from three to one button with Android Pie. New gestures are going to be a bit harder to get used to. I tried it a few weeks ago on Android Q beta, and I still have mixed feelings. What do you think about the new gestures? Comment below!

So here are wallpapers for your smartphone! No matter what version of Android you have, you can still download and use our wallpapers. There are six different variants to check. We would recommend leaving some feedback about them below. Would you like to see some new colors?

This article is a response to the rumor that Apple will remove charging accessories from the iPhone’s 12 box. In this article, I will state my opinion which may not align with your thinking and that’s ok! Even though I’m personally more of a pessimist I still think that Apple is doing a lot to…

I’ve been using elementary OS for more than a year now. I had quite a few people approach me with the statement that my operating system looks like macOS, some even thought that it was macOS.

Google introduced Pixel in 2016 to start a more premium lineup of their smartphones. A lot of people didn’t like Google’s new phones because of their premium price and killing Nexus, developer-friendly smartphones running pure Android. Google released the first A model with Google Pixel 3 and it’s been Google’s most sold smartphone.

I’ve never used Google Lens in real life, however, this new addition could change my mind. Google Lens is a good idea on paper and a well-executed product that just doesn’t work well in real-life situations.

Yes, we’ve got a Pixel 4a camera review even before the phone was even announced. We haven’t found out anything interesting about it except what we already know, Pixel phones have great cameras. Here’s a real life demo of Google Pixel 4a double exposure.

Because of these troublesome times, all of our behavior changed. We use technology now more than ever before. If I’m speaking from my own experience, a lot has changed especially my habits and relationship with technology. Here’s my Pixel 3XL setup that is as simple as always but with some new additions as an adaptation…