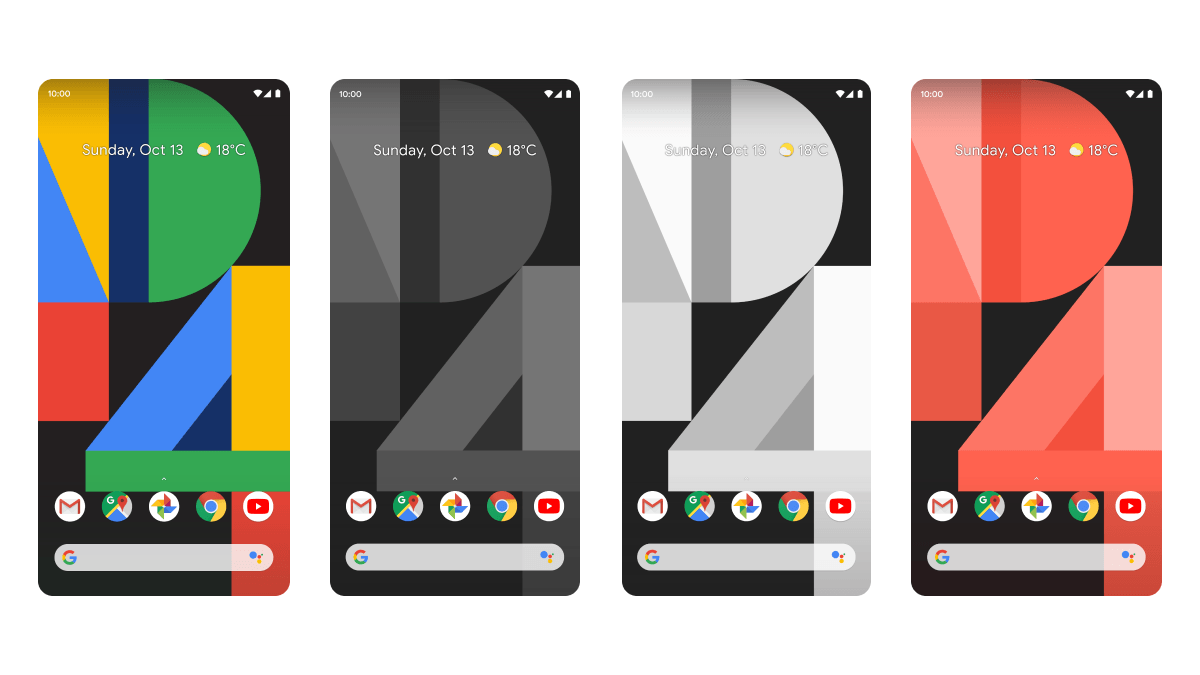 Yes, the colourful wallpaper was leaked a few weeks ago, and we even got the official render by someone from XDA Forums. At first, I didn’t want to recreate these wallpaper since I didn’t like it as much. However, I decided to give it a try, and after a few days of use, I kind of like it.

I figured that recreating the original wallpaper was pointless since the official render has already been available. I’ve realized that it would be nice to play a bit with colours, so I took colours from leaked Pixel 4 and make wallpapers out of it. There are four wallpapers in total and pure black coming with the Zheano Letter on October 23rd. You can get true AMOLED version for free by subscribing to Zheano Letter. Subscribe here.

I don’t know what the resolution and quality of the official render were however I decided to recreate this wallpapers and made it hight quality. I would recommend downloading my version of the wallpaper since it looks the same as the original one but in better quality and resolution.

Yes, I’ve also made true black wallpaper that works excellent with Dark Mode on your Android 10 device. I would recommend download this wallpaper if you have an AMOLED display. True black version is an exclusive wallpaper and is going to be available via Zheano Letter on October 23rd. Make sure to subscribe to Zheano Letter for free to get it.

It’s been a blast creating Pixel 4 wallpapers. There are more wallpapers on the go, so make sure to stick around Zheano Blog. Don’t forget to turn on the notifications, so you don’t miss the next wallpaper!