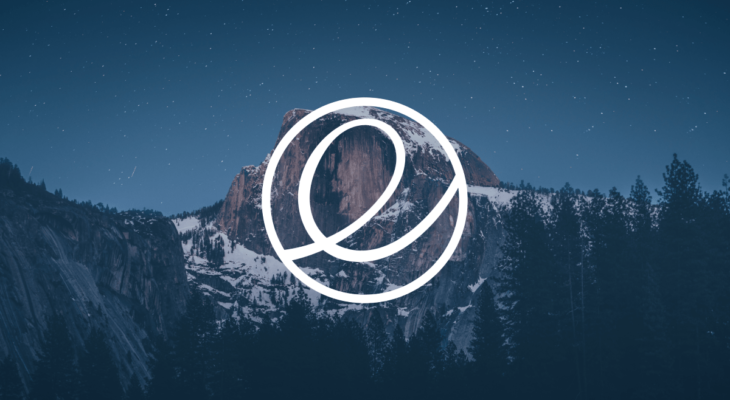 You didn’t know that elementary OS 6 will be called Odin? You should read our elementary OS 6 Name Reveal story and subscribe to Zheano Letter for more exclusive information.

Before you download you need to take the account that this is just a speculation based on freely accessible information. Here are all of the knowledge that we have to make this claim and reveal this wallpaper in full resolution.

Is This The Wallpaper Of elementary OS 6 Odin?

In this Tweet below Daniel Foré, founder of elementary OS, showed us a preview of a new notifications indicator in what seems like an elementary OS 6 build. There are a few things that could suggest that this is an early version of an Odin build, for example, the font of the OS and his words are good indicators. The wallpaper that you see in the background could be an official wallpaper since it’s license allows free commercial use.

The methods of getting a full resolution of this wallpaper will remain undisclosed because of security and other reasons.

iPhone For A Week

This is going to be an interesting one… As the title already says I’ve been using iPhone for a week but hear me out before commenting. I’ve never used iPhone before this, but I did own a first-generation iPad mini, that was a cool device, but I didn’t use it for a long time since…

I’ve decided to buy an iPad in the first weeks of August. My main point for buying it was that I’ve learned how hard it is to study from a desktop computer. There are many advantages and disadvantages of using a “real” computer as a student, but the most significant differences between a computer and…