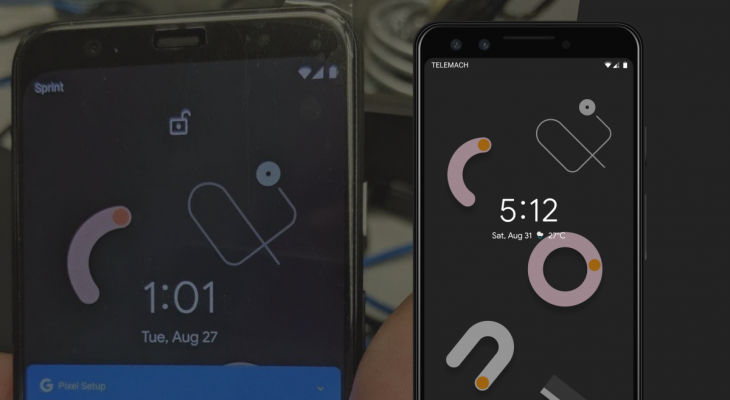 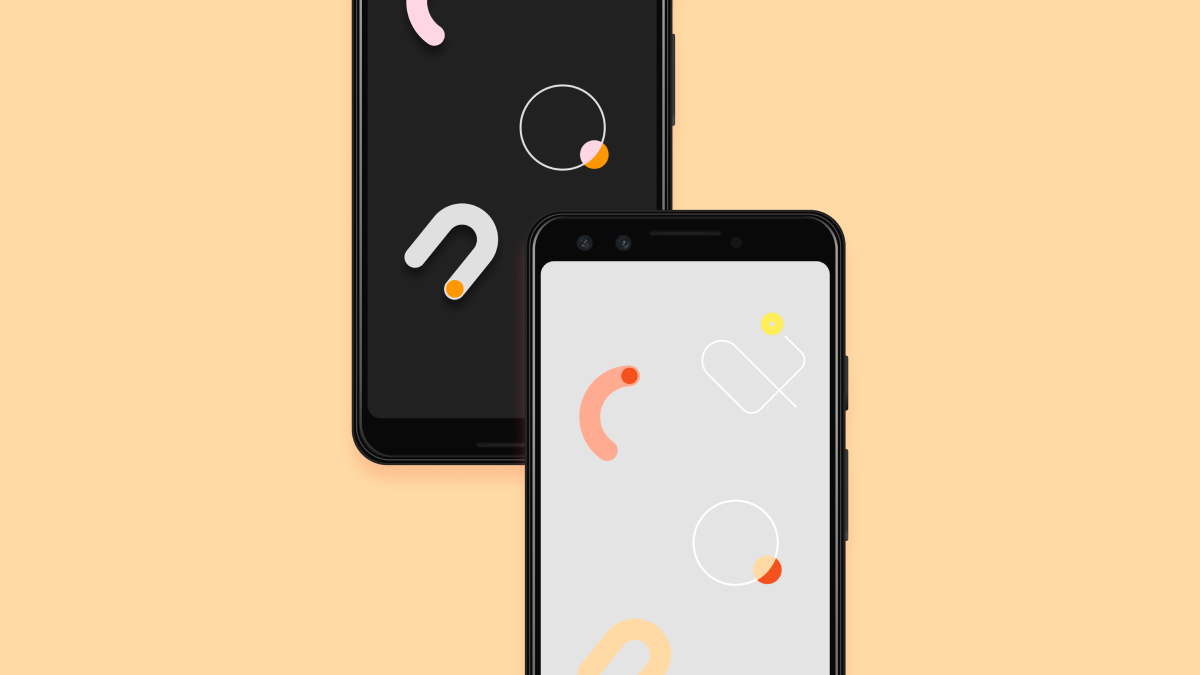 This wallpaper has a different style from other Google Wallpapers. Even though it looks straightforward, it has a great feel on the home screen. From my testings, this wallpaper works excellent as a lock screen wallpaper. This wallpaper can also be animated. Since we don’t have any video of the leak, I can’t say for sure, but wallpapers like this can look even better with some simple animation.

The colors on this wallpaper are unusual since the Pixel 4 will have AMOLED display. I would expect that Google would include pure black wallpapers, but the wallpaper on this photo uses a dark gray as its background. I decided to create an absolute black color version so you can use it on your AMOLED screens. I could also be wrong, and Google will include True Black version of this wallpaper.

There’s also an interesting choice to use a light pink as one of the colors. I like the light pink; however, this could be a different color because of a phone screen and photo color distortion. Almost all colors of the original recreation I picked from Material Design Colors, Google’s official Color System for Material Design.

The leaked photo of the phone has two annoying notifications. Because of that, we can’t be sure of what one or more of the shapes may look like. I tried many versions, and this one, with the circle, fits the best with the actual wallpaper. It also looks great on your phone, and it is something Google might consider when making a wallpaper like this.

We also can’t exclude that there isn’t another shape under those two notifications. However, I believe that my recreation of this wallpaper looks good no matter what shapes are there.

My Colors And Variants

So there are four wallpapers you can download. All of them are in high 4k resolution, and they will look amazing on your smartphone. So I’ve designed true dark versions for your AMOLED smartphones, and I’ve also added a blue version of the Pixel 4 wallpaper. I might add more colors in the future.

Žan Černe, the founder of Zheano Blog, recreated these wallpapers so please whenever you use them don’t forget to tag us along. We’re happy when we see your support, don’t forget to comment below what do you think about posts like this. Are you excited for the upcoming Pixel 4?

The ad that started it all In 2017, with the release of the iPad Pro’s new iterations, Apple released a controversial commercial. It starts with a young girl who takes an iPad with her and starts doing all kinds of tasks: she video calls his friends, writes a document using the Smart Keyboard, and continues…

We’ve always been extremely open here at Zheano Blog. In the past few years, we’ve hosted and published many photographs, wallpapers, articles, and other content from other content creators. We even interviewed some of the community’s favorite creators as a part of the Community People series. We believe that collaboration is in the center of…

Simple Signal Guide For Everyone

This guide was probably sent to you by someone who wants you to switch to Signal. Sometimes trying something new is scary, but we promise using Signal is as simple as using any other messaging app. Make sure to thank the person who send you this guide since he/she cares about you and your privacy…

We can see what an outrage security vulnerabilities cause in public. If we take a look at Instagram’s practices, since the acquisition by Facebook in 2012, we shouldn’t be too surprised. This is a story about the perception of social media, and how nothing is going to change unless you do something about it, leave…

This is the name of the upcoming elementary OS 6. In this article, you will learn everything we know about it and what it represents.